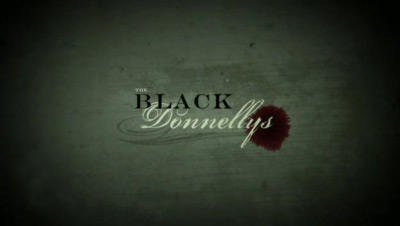 I really wish Networks would stop cancelling good shows based on a poor rating or low viewer numbers during the first couple of episodes. Shows need time to warm up. Anyone who has ever watched the first season or two of Friends knows this. Friends was one of the most successful shows of all time and yet the first two seasons are kitschy and loaded with sitcom cliches. It took a few seasons to develop the characters and gain momentum but it became extremely successful and pretty hilarious.

Fox is notorious for canceling shows. I mean any network that cancels an Emmy winning comedy with a cult-like following (Arrested Development) is insane. Fox has cancelled dozens upon dozens of shows. My only inclination as to why is that if the show is not immediately a SMASH, then it’s not worth keeping (I’m thinking of Glee and Family Guy, although even the wildly popular Family Guy was cancelled and brought back). It’s strange to me that this would seem logical since usually, I don’t start watching a show until I hear it’s good from other people (often 1-2 seasons in). I’m still trying to forgive them for canceling Firefly and Tera Nova (okay, the acting in Tera Nova wasn’t great, but it had potential) and any time a new show that is good comes along, I cringe if it’s on Fox. I’m pretty nervous about the fate of New Girl even with the initial success.

While Fox is the most notorious, all networks are guilty. It was NBC that cancelled The Black Donnelly’s after only airing two episodes. This was a genuinely good show that I’m confident would have gained popularity if given time. In fact, I have a teeny bit of data to back that up. When NBC cancelled the show they decided to stream the rest of the season online. It did well. It was second only to their already popular Heroes.

I didn’t discover the show until this past year (thanks to Netflix and my husband who remembered loving the first couple of episodes when they aired). It’s a great show. Just read the Wikipedia article and you get the sense that it was a great concept. The show was inspired by real world families and locations that give it a credible and true to life feeling. While the mob and organized crime have always been a popular subject matter, it’s the Donnelly family that really keeps you invested in this show. I loved (and hated) the characters on this show and while the show is certainly dark, there is the comedic relief found in an unreliable narrator and the relationship between brothers. In the midst of all the violence and drama you find yourself hopeful and invested.