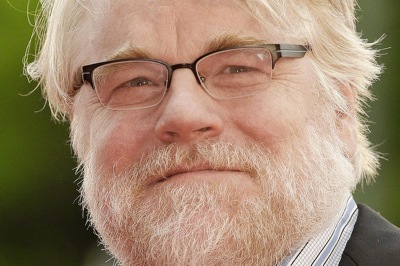 “Celebrity Deaths: Thoughts on Fandom, Social Media, and Philip Seymour Hoffman”Philip Seymour Hoffman died yesterday. I know, I know. When a celebrity or famous person dies the question arises as to whether or not those of us who do not know him have any right to mourn the or even talk about it. Today there will likely be many memorializing and others pointing out the absurdity of celebrity culture and fandom. Facebook will be riddled with people talking about it, people annoyed that people are talking about it, people trying to point others to the “big picture”, people acting the mans character, many many quotations and complaints, and probably a few jokes or memes. Honestly, I find the whole predictable and repeated spectacle exhausting and wish that people could simply react or not react without the obligatory social media circus. Personally, I don’t mind if people want to use social media to cope or react to something like the passing of a celebrity. It’s okay if a stranger had an impact on you. I understand the annoyance that comes with misinformation, idolizing strangers, bickering, and the need to share every thought on every event or issue…I really really do. But I feel there has to be at least some level of tolerance for all of that if we are choosing to stay on social media. There are more cases than not when I feel no need to react. Any sort of commentary on a man’s character whether praise or criticism is a little reaching when you don’t know the person. But that doesn’t mean it’s wrong to have an emotional reaction. Our reactions just differ depending on the things we value or the people whose words/art/work impacted us individually. Philip Seymour Hoffman was one of my all time favorite actors. I was honestly very shocked and saddened by the news. As I get older anytime I hear about ANY death of someone who is much to young to be dying, it makes me feel sad in that moment. In this case it lingers because I love the art of film and I feel the medium experienced a significant loss. Not for the person (because I did not know him personally) but for the art of the person. He was an excellent actor. One of the best I believe. I often told John Paul that I expected a movie to be good simply because he was in it. He had the extremely rare gift of being able to play most any roll well and could play a variety of villains, heros, and ordinary men without ever making me cast him as one type of character in my mind. He appeared in both artistic and commercial films. Everything from oscar-winning Capote to crowd pleasing Mission Impossible III. I feel that there were many roles yet to be played that we are now deprived of and I think about the roles that were half-complete that will now have to be recast (Mockingjay?!?) and yes, I feel a loss. Admittedly not for the man, but for the actor certainly. This kind of loss is the sort that feels unreal…like a joke…like you’ll see them again in a movie next year… because there’s no closure when you know the artist and not the man.This was a great article about Hoffman and talks a bit about the tragedy of drug addiction as well (I really hope I don’t see too many comments about this being his own fault, selfish, etc) and I particularly enjoyed this quote which sums up this rather long post:“His death feels a touch more personal, because he was a deeply personal actor. True, he was technically a celebrity, but he hardly fit the mold. No, Philip Seymour Hoffman was the best of what Hollywood had to offer: a man who saw acting as a calling, who studied it as a craft, and who delivered it as an artist.”