This is a list of male actors who have been nominated for an Oscar but never won. There are many other amazing actors not on the list either because they have won, or they’ve never been nominated (in some cases because their careers are just very young (Tom Hardy just got his first nomination) and some inexplicably or because they just haven’t hit the right kind of role yet), but these are 5 surprising cases of the consistent oscar snub (multiple nominations, no wins).

5. Johnny Depp
His overall career and diverse role choices have made him a very interesting actor whose proven he can embody many different personas. He’s last on my list because his more recent roles have been a bit disappointing and it seems like the man who was always surprising us has hit a ceiling with his abilities. Basically, he’s in a rut. Many of his more recent characters seem rehashed or a mixture of other characters he’s already preformed.
However, the variety of his career can forgive these recent misses thanks to the fact that his acting range has been so wide for so long. He may not surprise us with a stand out role again in his career (though who knows?) but with 39 award nominations and 19 wins, he’s still considered one the best actors currently working.
He has been nominated for 3 academy awards, but has never won.

4. Brad Pitt
I didn’t love Pitt in his early career, but boy did he prove me wrong. He has had some phenomenal roles and proved he is more than just a Sexiest Man of the Year nominee. He has also been nominated for 3 acting oscars and never won. 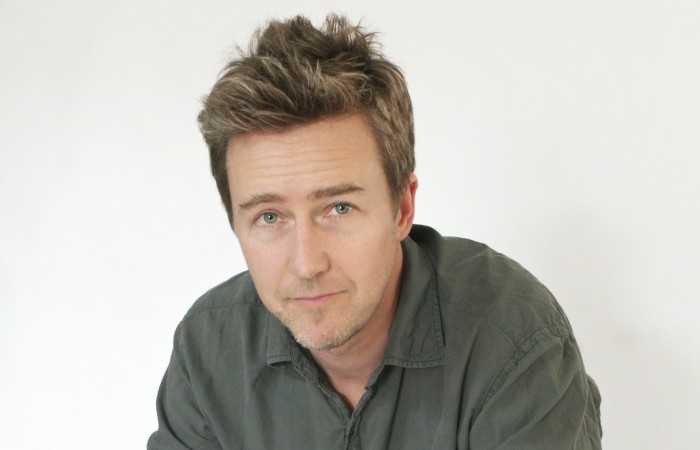 3. Edward Norton
Yet again, 3 Oscar nominations to date, no wins. I think he probably would have won for Birdman if it hadn’t been the year J.K Simmons was nominated for Whiplash, but sometimes all the best performances are clumped together in one year. For instance, I think Leonardo DiCaprio’s portrayal of Howard Hughes would have won most any other year, but he happened to be up against Jamie Foxx’s Ray the year he was nominated.
Edward Norton is an outstanding actor and he’s never won an Oscar.

2. Gary Oldman
Gary Oldman has only received 1 oscar nomination and did not win, but how this is possible, I honestly don’t know. He is one of the most phenomenal actors of our era and no where near the beginning of his career. I don’t know what to make of this.

1. Leonardo DiCaprio
And of course, Leonardo DiCaprio takes the number one spot. He is NOTORIOUS for being frequently nominated and never winning the Oscar, though hopefully that will change in a few short days. Leo is one of the only actors I trust enough to see every movie he makes. The guy just doesn’t choose bad movies. He is a master of his craft.
So yes, Leo is a fantastic actor with a really wide range and commitment to the method. There are few that refute this. To date, Leo has been nominated for 161 major awards, 44 of which he’s won. He has won so many awards that his awards and nominations have their own separate Wikipedia page. Yet, despite 5 academy award nominations for acting to date, he’s yet to win an Oscar. (He’s also been nominated as a producer).
If he wins Sunday (and he absolutely should) it will finally break the curse. He is way overdue and deserves it. The rumor is that he’s a shoe in, but with the academy you just never know.
UPDATE: LEO HAS FINALLY WON HIS OSCAR! Best Actor 2016 for The Revenant. (2/29/16 ngm)
Honorable mentions: Joaquin Phoenix also has 3 noms, no wins; and there are several notable actors from hollywoods golden era who never received an Oscar: Albert Finney (5 nominations, no wins) and the iconic Peter O’Toole who holds the record for Oscar snubs with 8 career nominations and no wins. He did, however, get an honorary Oscar before his death.